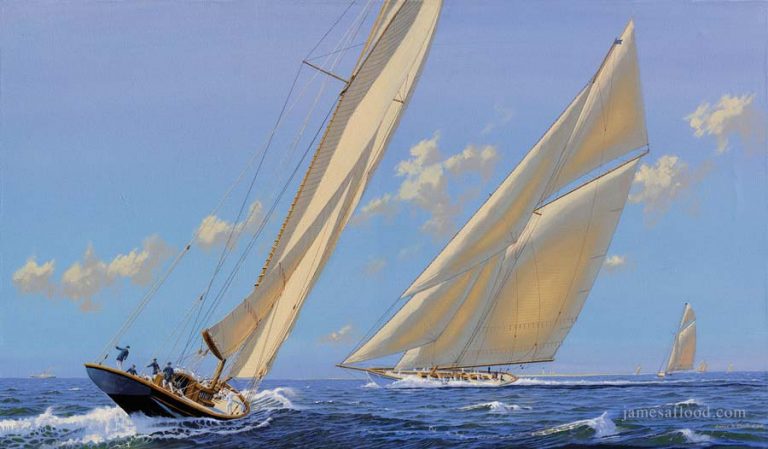 Third in the Jim Flood Series “Great Age of the ‘Big Boats’. At the turn of the nineteenth century, the British love of sailing caught on in America, where the elegant racing yachts began to show up in the northeastern waters. Built for beauty and pleasure as well as competition, the yachts were magnificent in their size and elegance. Later, as the America’s Cup came onto the scene, the passion for winning overwhelmed the sport, and later built racing yachts were designed primarily for speed and efficiency, strictly with a competitive edge in mind.

The second Working to Windward painting by James A Flood