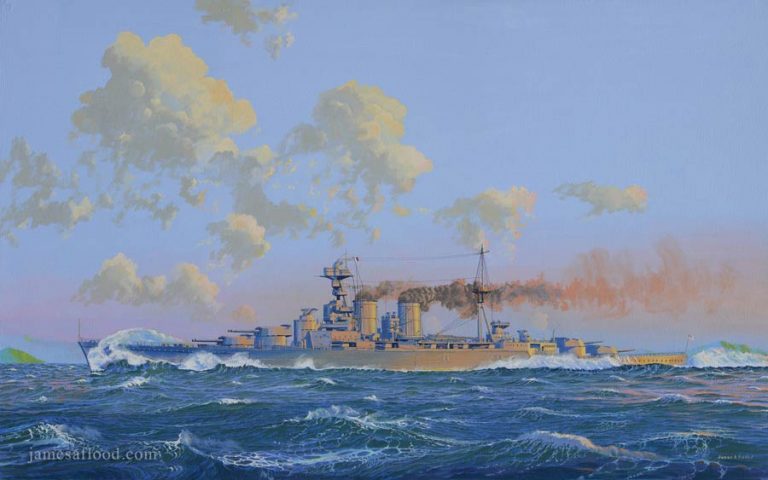 HMS Hood, upon completion, was the biggest, fastest, and most handsome battle cruiser in the world and remained so for the next 20 years.  The trials were a remarkable success, the ship achieving 31.9 knots on a 44,600 ton displacement in 17 foot waves with force 8 winds.

HMS Hood is portrayed in this painting in 1920 running her speed trials off the coast of the Isle of Arran in the Firth of Clyde, Scotland. On board during the speed tails were Vice Admiral Sir Roger Keyes, commander of the first battlecruiser squadron and her designer, Sir Eustace d’Eyncourt, director of naval construction.