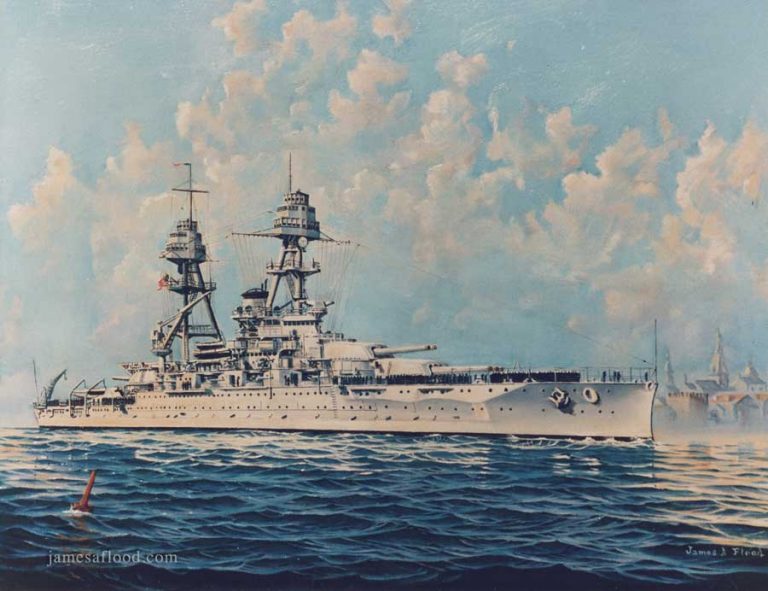 Battleship USS Oklahoma (BB-37) 1936 was launched in 1914 and served in both World Wars. She was bombed in Pearl Harbor in 1942. Too damaged to be repaired, she was sold as scrap in 1946 after being stripped of armament and useful superstructure.

Too proud to fall prey to a scrapyard, what remained of the ship sank in a storm while being towed to her final destination.

USS Oklahoma is portrayed here in this painting departing Portsmouth Harbour, England, in 1936.

The first of two paintings of USS Oklahoma by James Flood. Learn more about this ship and view photographs of the 6 foot model of her that resides at the Wall of Honor Museum here: Six Foot Model of USS Oklahoma

And the second version of this painting: Oklahoma Painting 2.