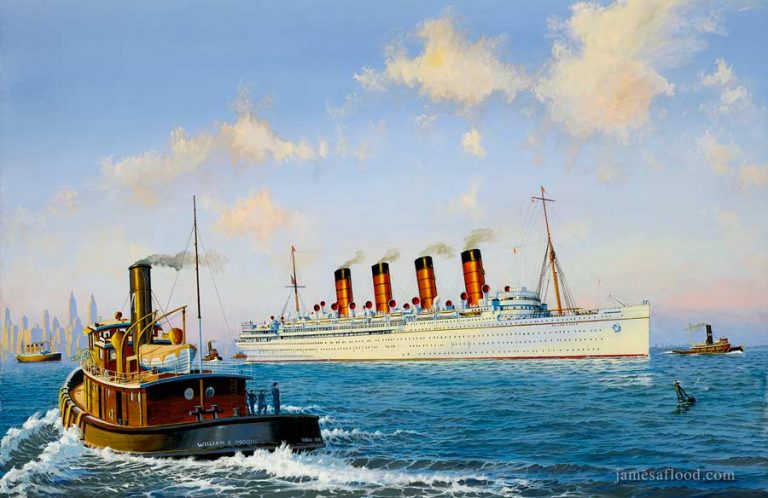 Sporting a white painted hull, this magnificent Cunard speed queen is portrayed departing New York in the early 1930’s for a cruise. Reigning as the world’s fastest liner from 1907 to 1929, she was 790 feet long, 88 feet wide, and powered by steam turbines, quadruple screw. More conservative than the Lusitania, Mauretania was still exquisitely decorated. Commissioned into World War I, she carried more than 10,000 troops through three voyages to the battlefront. In 1934, after a series of mishaps, reconstructions, and bold resurgences, RMS Mauretania was at last removed from service.
Learn more about this ship from Jim Flood’s second painting of her.
Good site for genealogical research: Statue of Liberty – Ellis Island Foundation Passenger Search