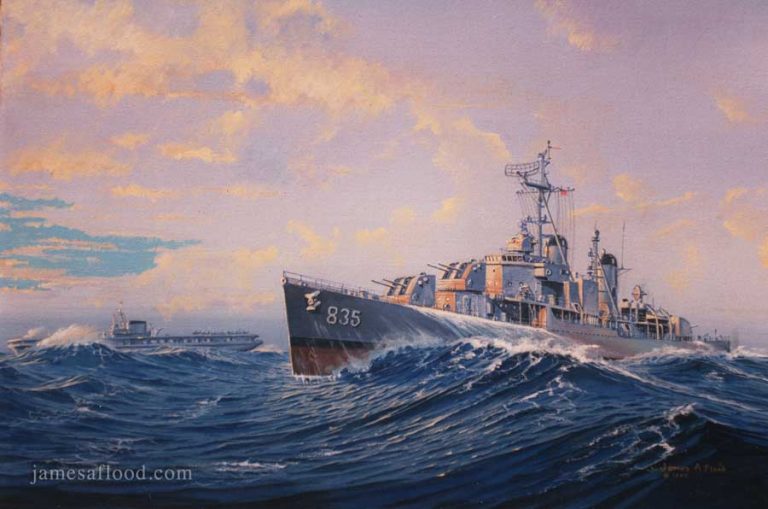 Named after Rear Admiral Charles Purcell Cecil who was killed in service in a plane crash in 1944, USS Charles P. Cecil was a Gearing class destroyer, a build whose structure sported longer hulls and increased range relative to its predecessors. She was built by Bath Iron Works of Bath, Maine and launched in April 1945. With her commissioning in June of that year, she arrived at the tail end of WWII, but went on to lead a career in the US Navy that lasted well past a quarter of a century, engaging in operations throughout the world. In 1949, she was reconfigured as a Radar Picket Destroyer, her new classification being DDR-835. Decommissioned in 1979 and sold to Greece within a year, the ship was renamed Apostolis, D-216 and served with the Hellenic Navy until her decommissioning in 1993. Ten years later she was sold for scrap.
In this image artist James A. Flood depicts USS Charles P. Cecile on North Atlantic Operations, aircraft carrier USS Franklin D. Roosevelt in the background.