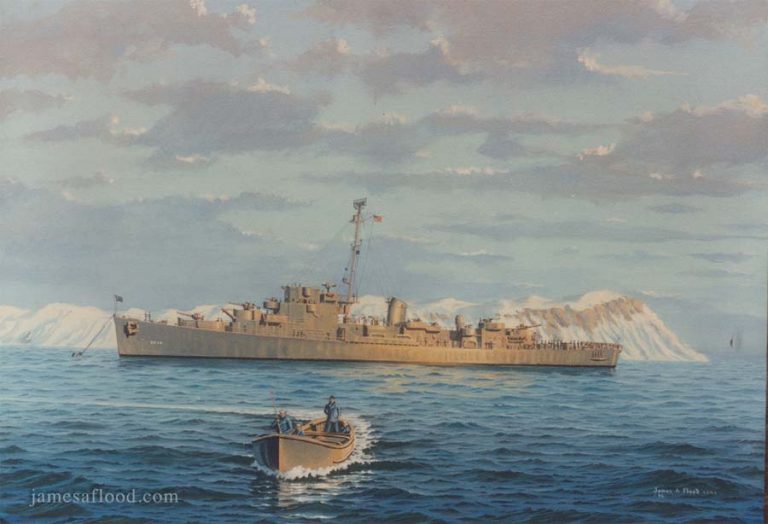 An Everts Class destroyer escort named in honor of John Joseph Doherty, USS Doherty was commissioned in 1943, decommissioned in 1945, and scrapped in 1946. In this early painting by James A. Flood, USS Doherty is depicted anchored off Adak Island in the Aleutians during WWII. Painting commissioned by retired Chief Boatswain Mate of USS Doherty Jack Holcomb, who is shown here in his wartime duties piloting the ship’s launch.