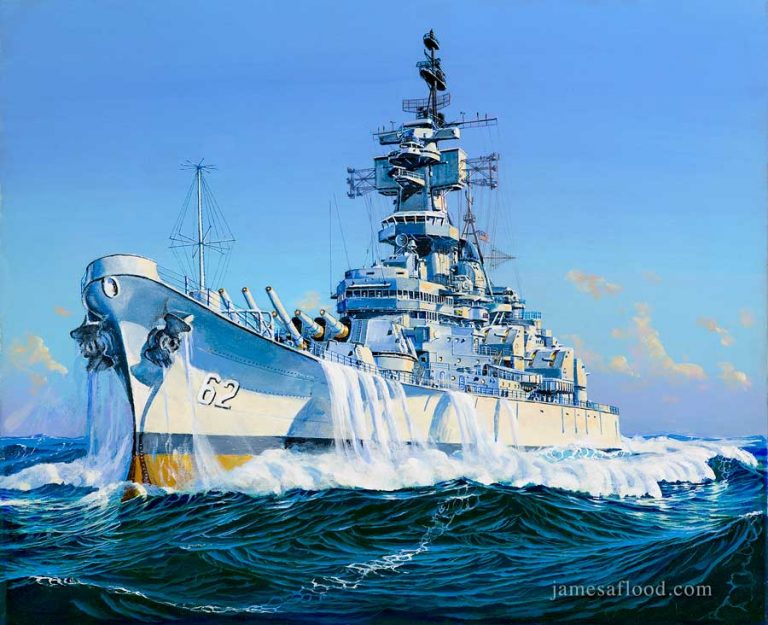 Above is a revised version of the original painting (which James painted over to better portray the action of the water flowing off the decks. ). It depicts USS New Jersey at sea in rough weather, heading for the gun line off the coast of Vietnam. She is returning from Yokosuka, Japan in 1969 after some well-earned R&R (rest and recreation) for her crew. Her 16-inch 50 caliber artillery, capable of hurling a two-ton projectile 20 miles into hardened targets, was so effective in saving the lives of US Marines and Army troops ashore that the North Vietnamese government insisted that she be withdrawn as a condition to initiate the peace talks in Paris.

The artist was serving on board as a petty officer 2nd Class in the Navigation Department at the time. He completed several paintings while serving on Navy ships. Although the painting above was painted after his service,  a copy of the first version of the painting was enlarged to make a mural in the museum section on board US New Jersey. USS New Jersey is resides today in Camden, New Jersey, where she is permanently berthed.

Below are two photographs taken of James Flood on board USS New Jersey. The first shows him on 04 level in 1968 displaying a painting of USS New Jersey that he had been working on in 06 level. The photograph just below that is of James decades later while visiting the battleship, now a museum. The painting shown in the later photograph is a recreation of the original. Both photographs taken by Bert Trottier, the Last US Navy Bugler. The first painting is believed to be somewhere in US Navy archives; its image was used as endcovers for the 1968/1969 USS New Jersey Cruise Book. 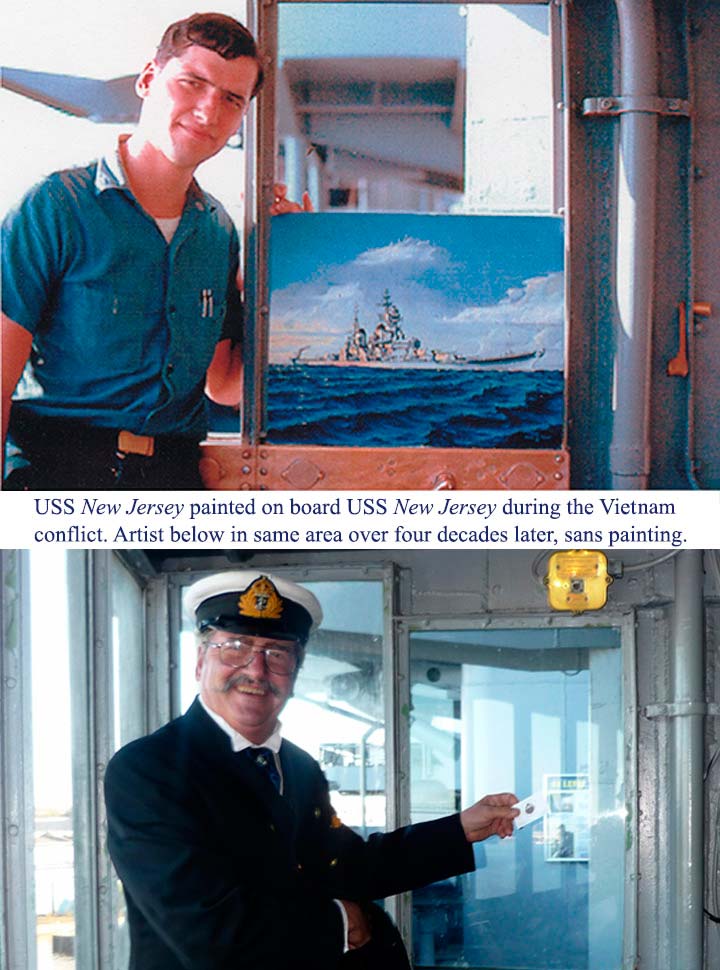